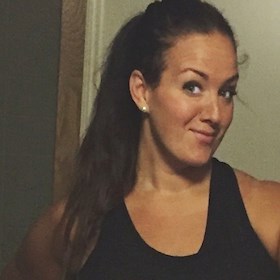 So, since I have MS, an autoimmune condition, I have to stay away from gluten, soy, leguminous plants and milk proteins. Ive found it the hardest to have to stay away from milk products such as yoghurts a such. Its so easy to just grab a yoghurt when your in the run. Specially in the mornings, I've been craving a bowl of yoghurt with my homemade granola with cinnamon and vanilla for a while now! Yummy!! I've tried every dairy free alternative out there and I just haven't found anything I like. Its seems like all the alternatives either taste like waaaaay to much coconut (don't like that flavour) or like a box that has been soaking in water for a week. Gross!

So this morning, when I woke up, I had enough! Like so many other times, a great recipe is created when I find my self desperate enough to do something about it myself. There are many of you out there who don't need to eat a day free diet but this dairy free "yoghurt" is a great healthy alternative. It's so fresh tasting and so simple to make and you get a good dose of antioxidants in when you eat it. Not to mention the pretty color that will put a smile on your lips :) I like this yoghurt too because if you ever get tired of the raspberry taste or color you can just switch it up with any other fruit! Great huh!

The base for the "yoghurt":

The flavouring: For a more lush alternative: The how to's: In a food processor, add the frozen raspberries (or other frozen fruit) and blend it until it has become finely blended. Now add the banana and a few drops of the milk alternative and blend carefully on a low speed. You don't want to smash the banana to complete mush, just a little bit so its gets nicely broken down and become of yoghurt consistent. (Now is where you add the other ingredients for a more lush alternative if you so would like) Pour everything into a bowl and add the granola. Enjoy!!